In early April, schools in Ngaba, eastern Tibet reopened following the Covid-19 outbreak. However, schools were told the use of Tibetan language in classes would be scrapped as of September, when the next academic year begins.

Human Rights Watch detailed that threat in primary schools in Tibet: the gradual replacement of Tibetan-language instruction with the “national” language.

Tibetan netizens, despite rigid police surveillance and the prospect of reprisals, took to social media to express disbelief and anger. Below are a few we found online.

The above image:  is a poster issued by China in primary schools in Tibet. Translation: “Love the national flag, Sing the national anthem, Mandarin is the working language in schools. Please speak the common language (Mandarin) and write the characters correctly”. Source: Dondrup Dorje’s blog 2016 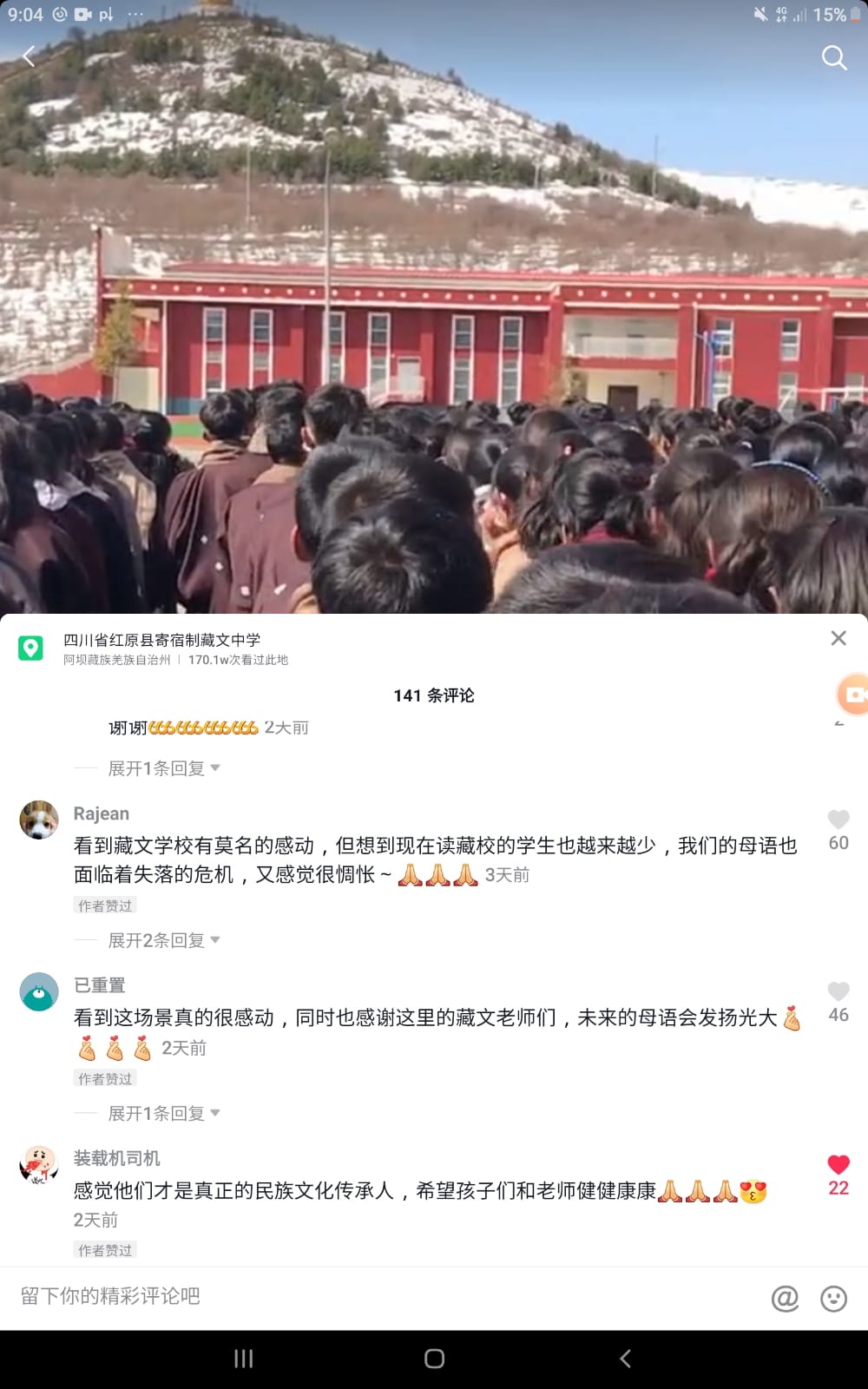 Heartbeat player: Mothertongue is the lifeline of a nation, but in the future, it will be difficult for them to compete with other people who learned Chinese,  slowly they would have to suffer in the society

Rajean：i was inexplicably moved to see the Tibetan school.  But thinking about the situation of less and less number of students studying at the Tibetan school and of our mother tongue facing the existential threat makes me feel very melancholy ~ [Thank you] [Thank] [Thank you ]

Has been reset: I am really touched to see this scene, but I also want to thank the Tibetan teachers there, the mother tongue will be carried forward and promoted.

Dolma: The flowers of the nation and the future’s hope.

好多个点: Even if you don’t get a job in the future, you can’t afford not to learn the mother tongue. Let’s give some likes to Chongchu Tibetan school.

I like: There is a real taste of having Tibetan schools! Keep fighting! 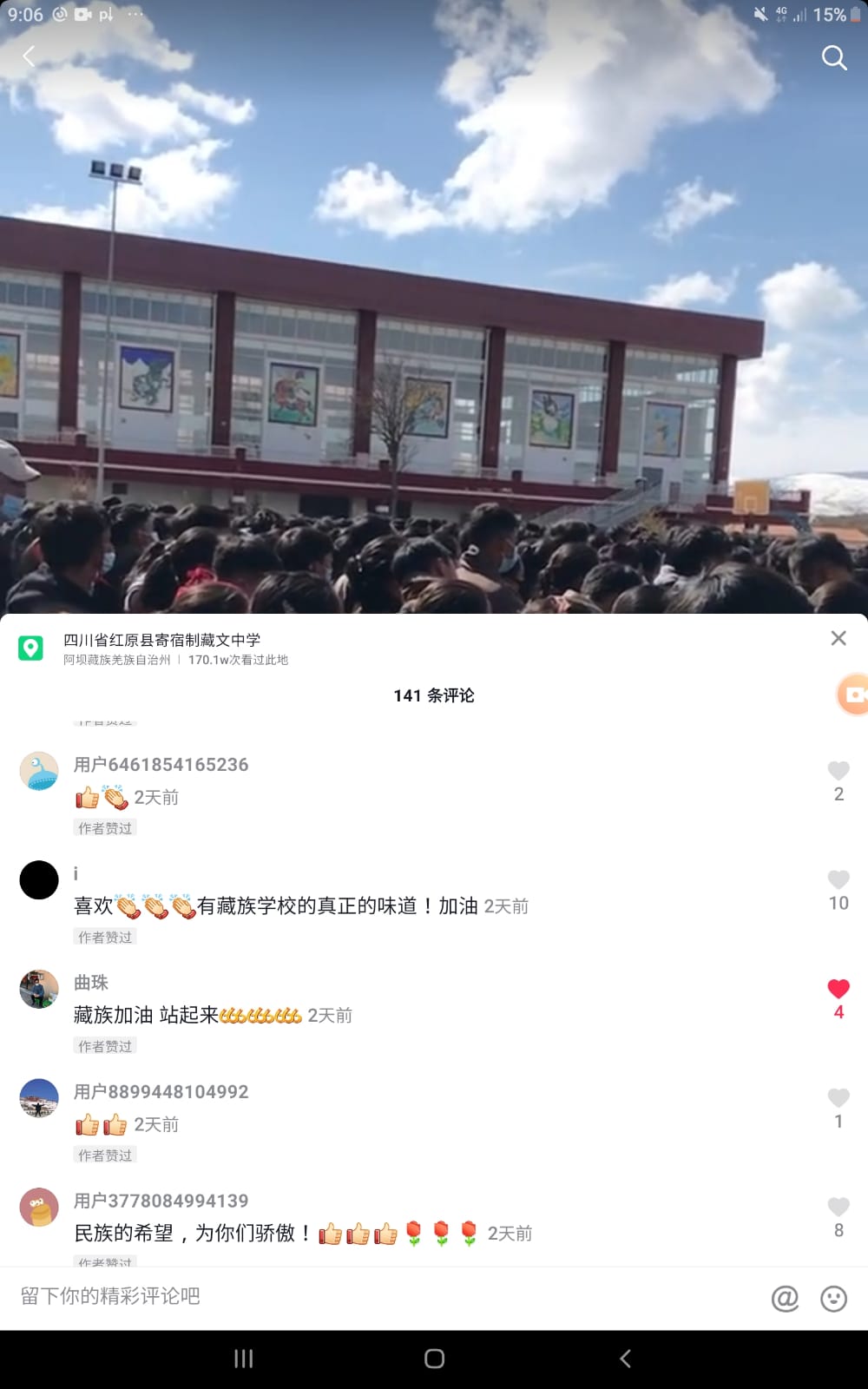 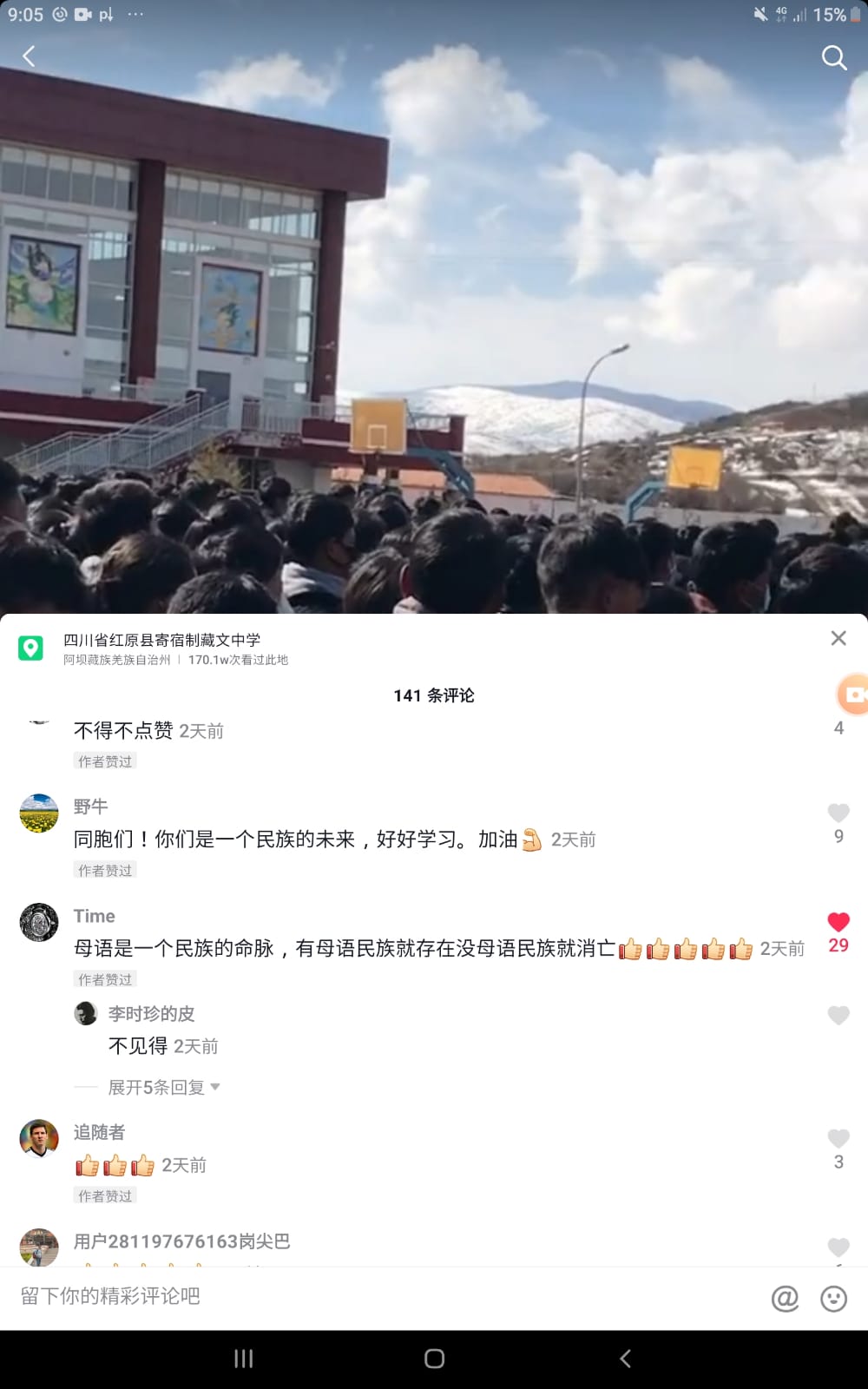