Protecting one’s language is critical to maintaining culture and identity. Like occupying forces in other regions of the world, China’s policies in Tibet are designed to erase the native language, replacing Tibetan with Mandarin Chinese as the main—and often only—language of official communication.

Tibetans from all walks of life, though, continue to creatively fight for their language rights, therefore protecting their culture and identity.

Supported by teachers and former government officials, Tibetan students take to the streets to protect and expand the use of Tibetan language in schools.

When a new, Chinese-owned hotel in Tibet banned workers from speaking Tibetan, people expressed their outrage online, forcing the cancellation of the policy.

Tibetans need your help to fight back against racist policies and keep their language and culture alive and thriving.

China is replacing Tibetan-language schooling with Chinese, while coercing parents to send their children to faraway residential schools. This insidious plan to stamp out the next generation of Tibetan speakers is designed to eliminate the Tibetan identity all together.

Tibetans want to be able to learn in Tibetan, and it is well established that children learn best in their mother tongue. When plans were announced a decade ago to wipe out Tibetan schools and switch to Chinese, it sparked a massive wave of protest: thousands of students and teachers marching in the street, braving down armed security forces and shouting slogans like “We want freedom for Tibetan language”. They won, temporarily, but today their schools are again under attack.

Now, Tibetans need help to fight back against these racist policies and keep their language and culture alive and thriving. Join us today by taking action!

Join us today by sending a letter to Vice Premier of the People’s Republic of China, Sun Chunlan. 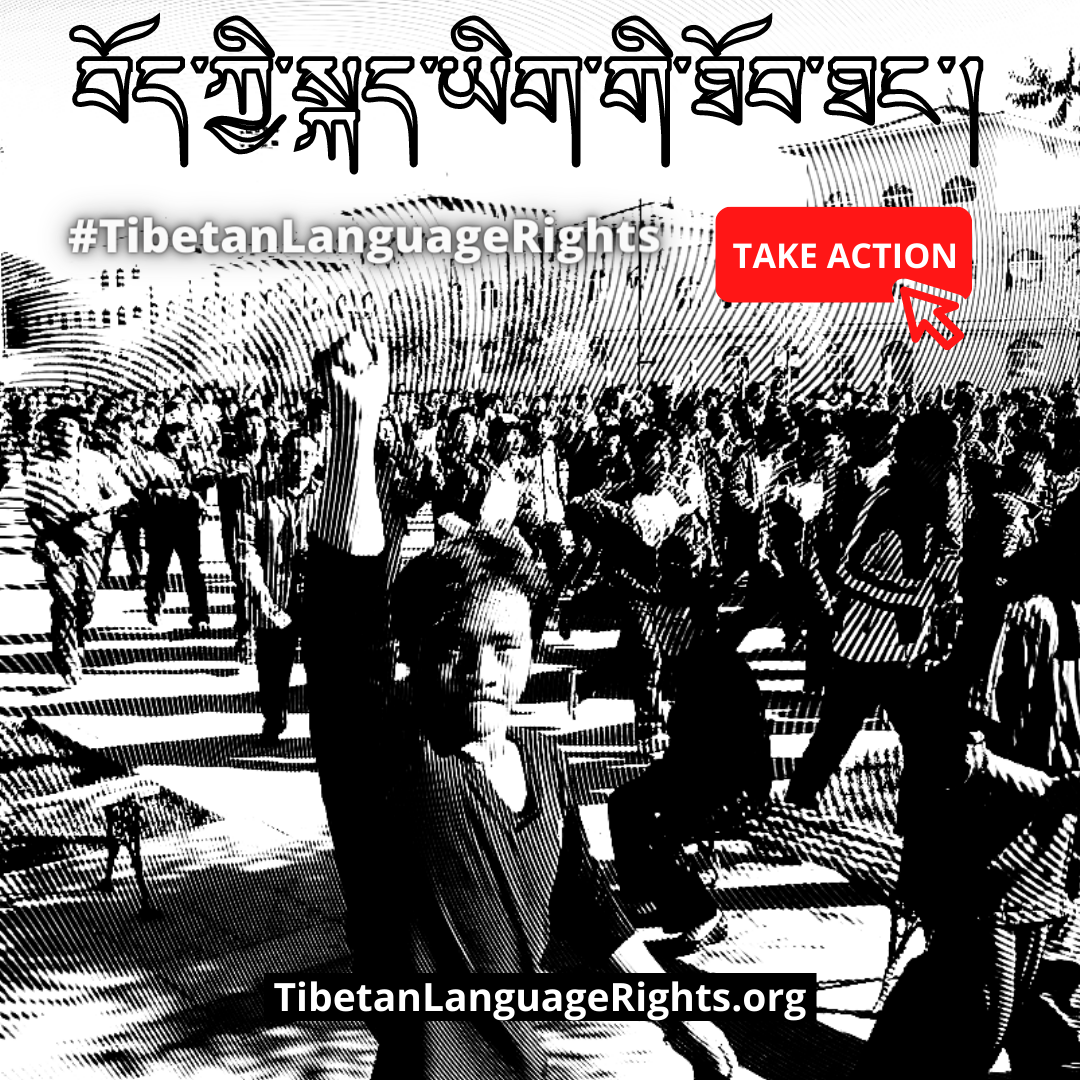 Thousands of Students in Tibet Protest for Language Rights

In 2010, the education department of Qinghai Province proposed to change textbooks and classroom instruction from Tibetan to Mandarin Chinese, in direct opposition to the laws of the region requiring the usage of Tibetan language in Tibetan schools. Students took the lead in challenging the reforms, supported by educators, former government officials, and monks. Across the region, thousands of students took to the streets in a series of protests aimed at securing and expanding the use of Tibetan as the main language in Tibetan schools.

In 2016, Chinese-owned Hotel Shangyun in Rebkong County banned employees from speaking Tibetan while on the job. This was in clear violation of China’s labor laws protecting workers against discrimination based on ethnic group, race, sex, or religious belief.

Online public outcry from Tibetans and Chinese netizens had a major effect and government officials quickly closed the hotel. Hotel management apologized and government officials in Rebkong issued a statement reaffirming laws giving Tibetan language equal and sometimes greater prominence than Mandarin for Tibetan areas. This was an unmitigated victory!